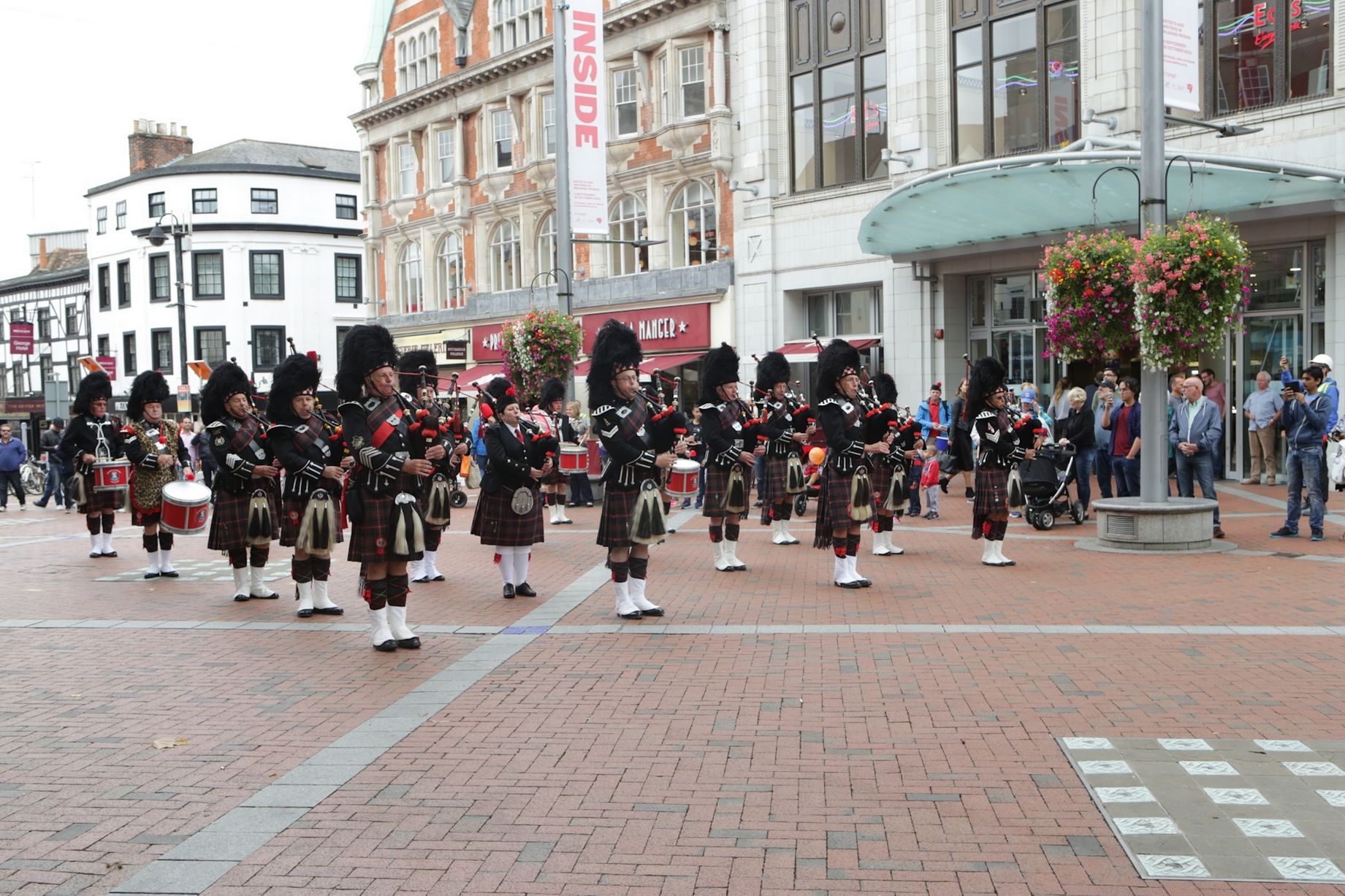 A short history of our band

The Band was formed in 1957 by former pipers of the Queen’s Own Cameron Highlanders which is why we wear the Cameron of Erracht tartan.  This year is the band’s 60th anniversary.

The band currently has around 48 members and is one of the biggest bands in the South East of England.  Recently the band has also started a Youth Pipe Band, which now boasts 16 young people learning pipes and drums.

To finance the cost of the uniforms and the practice facilities, the band undertakes a busy programme of engagements at Fetes, Shows, Weddings and Carnivals mostly in and around the Berkshire area.

The band play at about 25 engagements each year.  Regular engagements include Bracknell Remembrance Day, Farnham Fireworks, carnivals at Wokingham, Crowthorne and Newbury, and Christmas Street parades in Beaconsfield, Hungerford, and Didcot.  The band also travels abroad and has played many times in France, Spain, Germany and Italy, as well as Malta, Serbia, Sardinia and even Japan.  In 2012, Reading Scottish had the honour of playing in the Closing Ceremony of the London Olympics and alongside Andre Rieu in the O2.

We also have a strong competition band, entering both local and national competitions at grade 4B, playing up to grade 3 where available.

We practice on Monday evenings at the St Andrews United Reformed Church in Reading, with an optional and/or competition practice on Friday evenings.  Full information can be found on our website at http://ReadingScottish.org

Area of London (or the surroundings) that we cover

The band is based in Reading, Berkshire, but members come from as far away as Wiltshire, Oxfordshire and Essex

Tuition is offered to all levels, both beginners and experienced pipers and learner drummers

Email info@readingscottish.org or come and visit us on a Monday night at St Andrews United Reformed Church in Reading

See more pictures of the band at http://www.getreading.co.uk/whats-on/gallery/reading-scottish-pipe-band-11906896